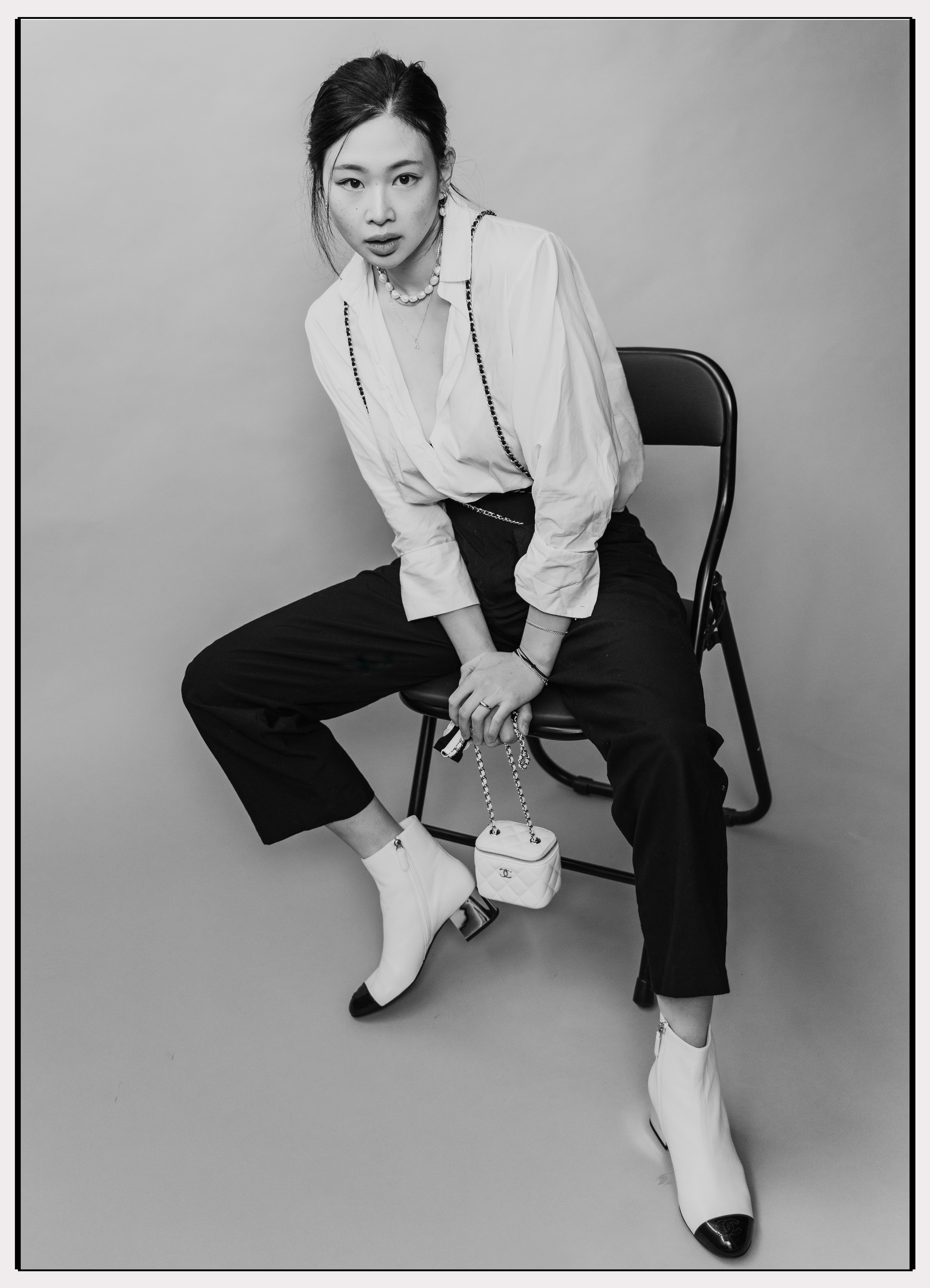 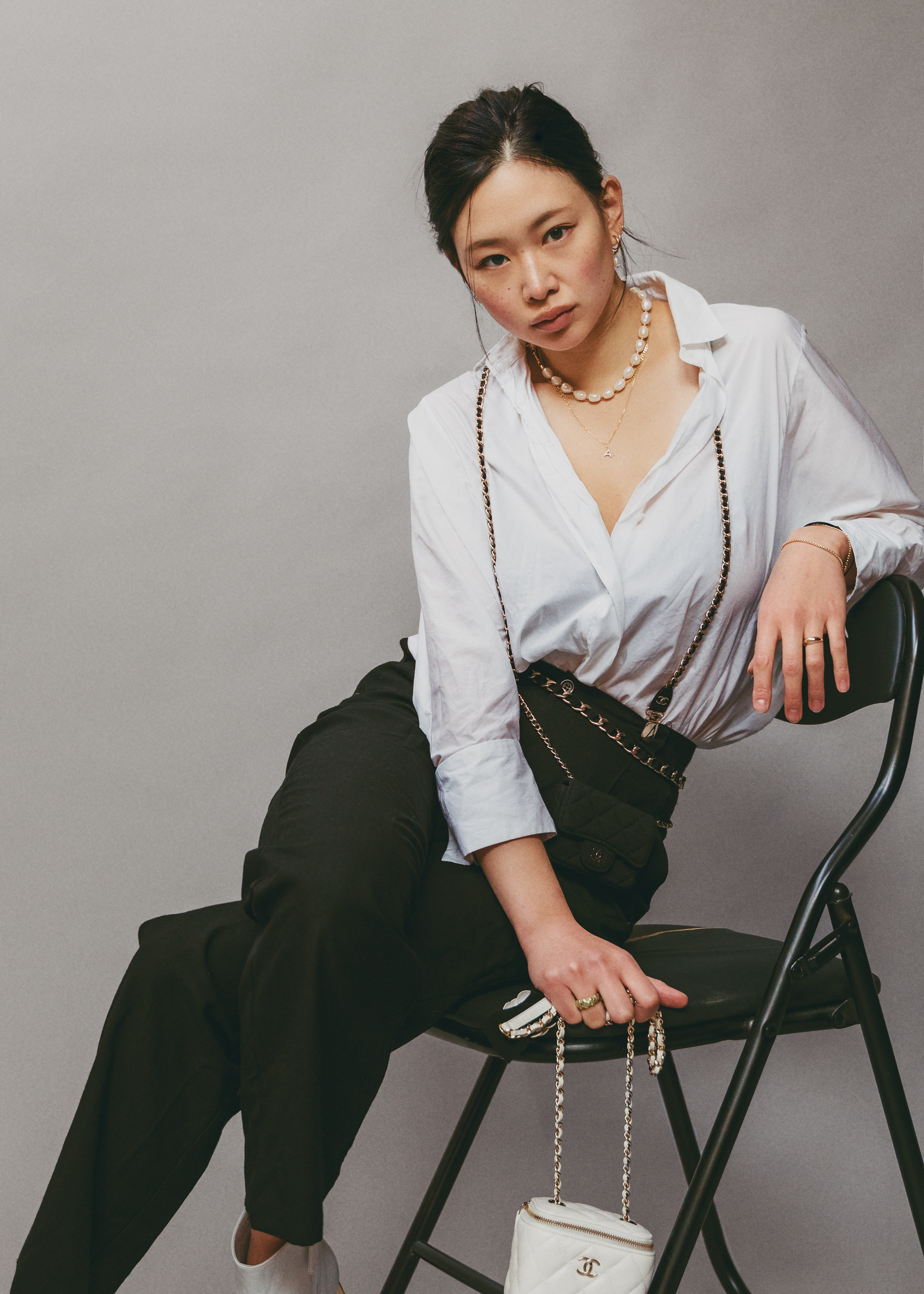 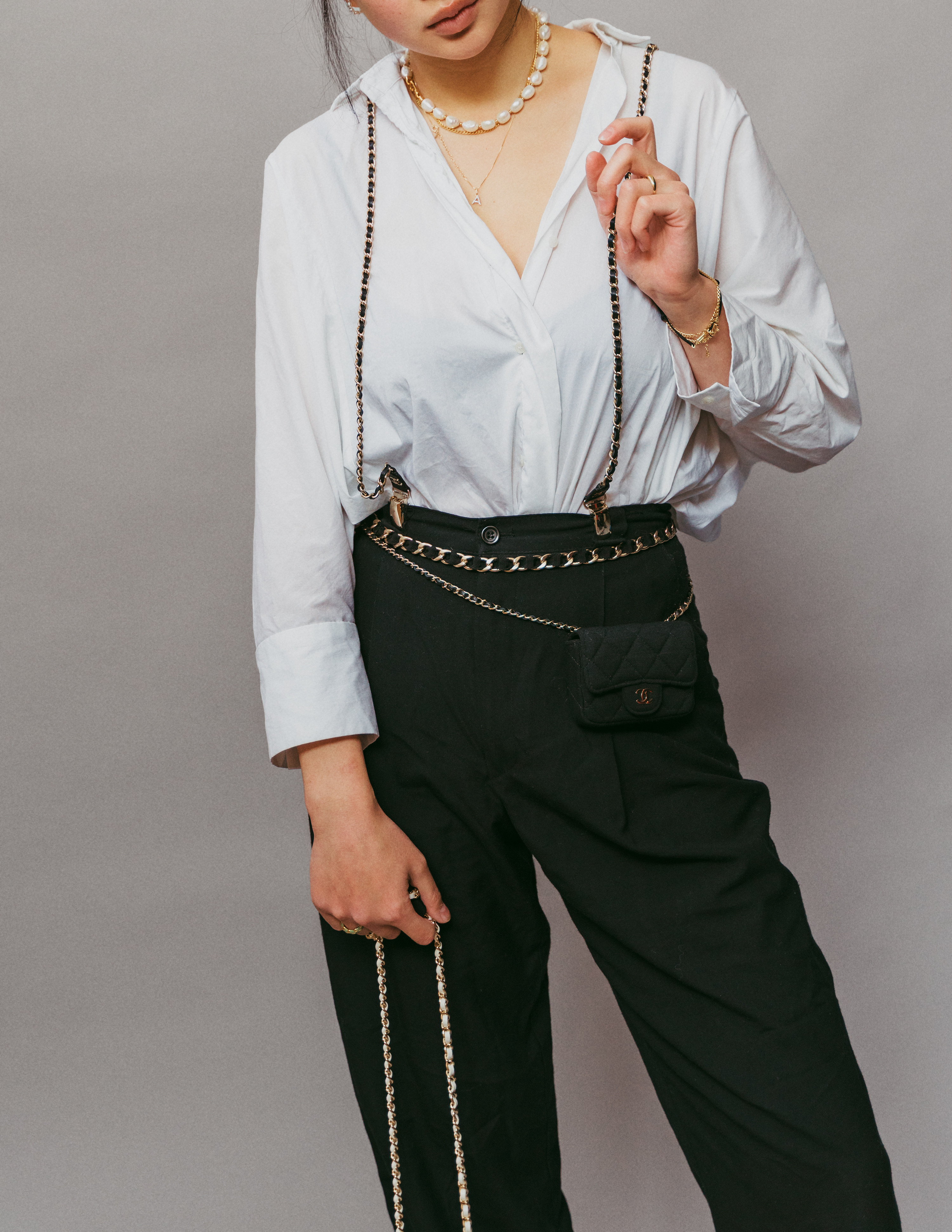 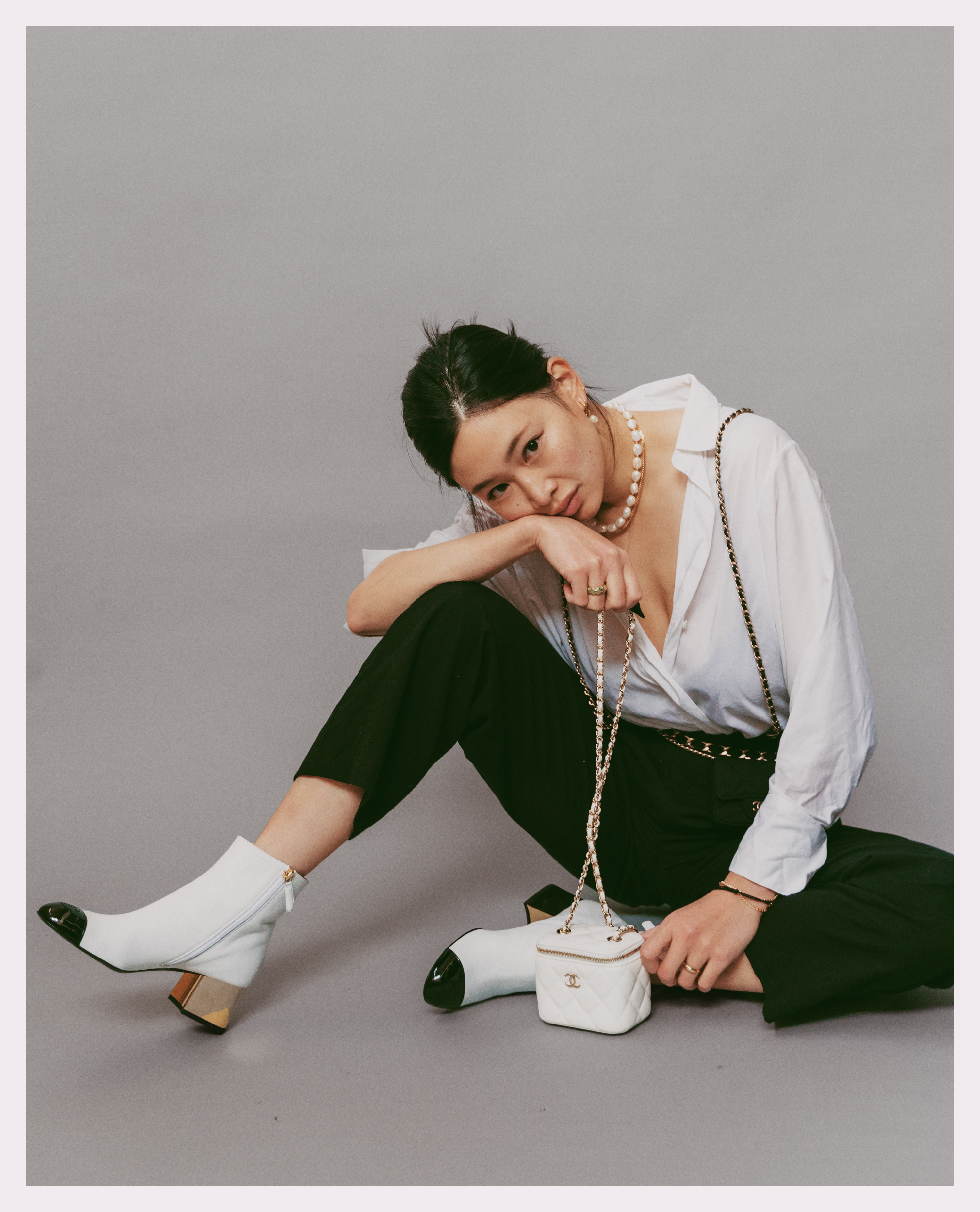 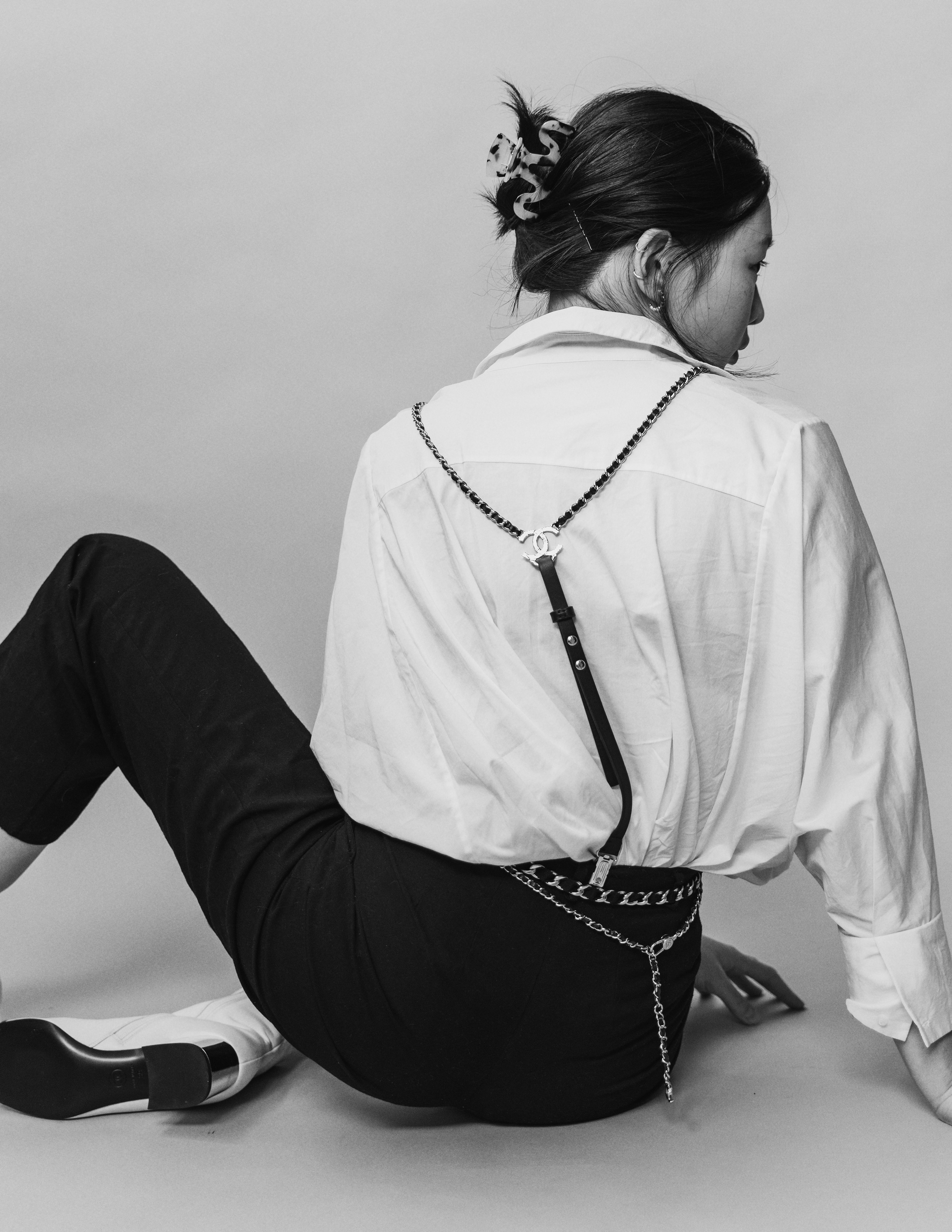 THANK YOU CHANEL FOR GIFTING THESE BEAUTIFUL FW21 CHAIN SUSPENDERS. NOW AVAILABLE IN CHANEL BOUTIQUES!
Believe it or not, I’m back. It has been well over a year since I last posted, and although I have written a few posts that remain unpublished, this blog has mostly been resigned to sitting in a dark corner of my brain and collecting dust. But alas, I’m back. And so much has changed in the time I’ve been away. For one, I became pregnant and Eric and I had a baby boy back in May. And for two… well, okay there’s nothing new besides the first point. After all, what else could be any more exciting than parenthood?

I thought I was prepared for parenthood. I read books, followed Instagram accounts and bought things that online reviews told me to (luckily the secondhand market is bursting at the seams with gently-used baby gear awaiting new owners). But no amount of anxiety-fueled research could really prepare me. Beyond the physical changes that my body experienced (a widened rib cage and set of hip bones prompted an earlier-than-usual closet clean out), it was the metaphysical changes with a dash of sleep deprivation sprinkled on top that made the newborn phase less than enjoyable for me. In the space of a second, I had become a mother and would never not be a mother. After 29 years of learning and cultivating a sense of self that I was so sure of, who was I now that I was a mother? Mothers were older and wiser and knew how to confidently deal with infant gas problems. Mothers weren’t confused about who they are. But of course they are, because I am one.

Most evolutions in life are gradual. They span over days, months or even years. But in that last push, parenthood consumed all of my identity and for months, I couldn’t figure out how to reconcile who I was with who I am now. So I grieved. I bid farewell to the Alyssa who didn’t have any responsibility to another little human and also thanked her for getting me to where and who I am today. Life would never be the same, but now I’m okay and even grateful for that.

I’ve been learning something new about who I am as a parent every day as I witness my son evolve right alongside me. As he discovers his fingers and toes (right now he’s exploring the back of his head which might seem boring but in actuality, is very adorable), I’m exploring a new set of feelings I’ve never experienced towards another human being before (thanks in part to my hormones and tens of thousands of years of natural instinct programmed into me) and learning that baby brain is very real (I’ve frustratingly lost my phone more times in the past few months than I have in the last ten years) and that no amount of eye cream will ever get these eye bags off my face. My body is also starting to feel more and more like mine again (mostly because I no longer spend 2/3rds of my day trying to breastfeed a screaming infant).

Unsurprisingly, any excuse to wear something that isn’t related to sweatpants in any form or fashion has been very refreshing for me. And as I continue to explore more about myself as a mother, I’m also exploring how the changes of motherhood are reflected in the clothes I choose to wear. For the past year and a half, I’ve had the privilege of wearing and photographing CHANEL’s beautiful pieces and having these photoshoots mark different stages in my transition to parenthood (I was maybe two months pregnant here and eight months pregnant here). I’m proud to say that this photoshoot is no different. But instead of being pregnant, I’m simply a mother.